Hitting me where I live

The last time I checked my campus mail, I found a card-sized envelope of high-quality paper bearing the return address of an English department to which I have no meaningful connection. It turned out to be a thank-you note: the Director of Graduate Studies was writing about a former student of mine, someone for whom I'd written a recommendation letter and who will be starting their PhD program in the fall.

I don't know about you, but I've never received anything like this. And I was impressed: the point of the note, obviously, wasn't so much to thank me for past services as to build a relationship for the future. It was typed and lightly personalized (naming my student and a few specifics about what s/he would be doing), but most of it was well-written promotional material consisting of a quick overview of the intellectual and pedagogical training that students receive and the financial and other resources available to them. It concluded with the hope that I might recommend them to other students I thought would be a good match.

And I gotta say: that is one savvy DGS. I'd already felt good about the program and the fact that my student had landed well, but the note succeeded in generating a deeper and more personal kind of warmth. Its underlying message wasn't "Student X is awesome! We're so glad s/he is coming!" but "we bet you have more great students and we'd love to hear about them, too."

That hits me where I live. Though I've never felt any personal anxiety about being judged negatively based on the institutions where I teach--I have enough professional and social capital that I figure anyone who dismisses me based on assumptions about my institution isn't just a snob, but an actual idiot--I know that the credit people extend to me isn't always extended to my students.

It's rare for anyone to express their snobbery to my face, but I hear their dismissals clearly enough. When someone I know socially asks, "so what's it like, teaching at [institution]?" I hear all the local prejudices against public institutions, or commuter schools, or schools with a large minority population. And when they say, "You know, [school] has really come a long way in the past twenty years!" I hear, "but I still wouldn't send my kids there." It's different with professional acquaintances, but when they bitch about the incompetence of their own students or their disinterest in teaching certain kinds of classes, what I hear is that they don't value and wouldn't respect mine.

Sometimes, I'm sure, I'm being too thin-skinned and hearing judgments that aren't there. But I adore my students and I believe in them--and I hear the way they sometimes put themselves down for where they go to school. So I have a default defensiveness, a chip on my shoulder on their behalf. When I write a recommendation letter, then, I worry that my praise is being filtered or discounted. I imagine the admissions committee saying, in effect: sure, she says this student is phenomenal, but what's her point of comparison?

So when the DGS of a strong program asks me to send them more applicants, what I hear isn't just that the department was impressed by this one student, but that it believes, as I do, that talent is widely distributed and that some students who start out behind can make up for lost time, outstripping their more privileged peers. I hear that it trusts my judgment and would take future applicants seriously, even ones who might be a little rougher around the edges.

That note probably cost the department a buck-fifty in postage and paper, and maybe sixty seconds of the DGS's time. But damned if I won't be keeping them in mind for every future student whose grad school ambitions I believe in.
Posted by Flavia at 11:13 PM 8 comments:

Email ThisBlogThis!Share to TwitterShare to FacebookShare to Pinterest
Labels: The Less-Elite Groves of Academe

It's been almost six weeks since the end of the school year and I still haven't recovered.

To be fair, there's been a lot going on. We moved the same weekend as graduation; immediately afterwards we had houseguests; immediately after that we went out of town. Since then, I've been out of town twice more. It's also been a rather tough year. Though the big picture has been great, the weekly and the monthly reality has been harder: multiple moves, a new job, a death in the family, constant travel.

Still, while acknowledging that there have been some external stressors, my exhaustion still seems disproportionate. It's late June, and all the hard stuff is past. I now have time. I'm back on a regular sleep and exercise schedule. But every task still feels overwhelming. For months I'd put off getting a new driver's license and transferring my car's title and registration because I just couldn't deal--and when I finally managed to block out two days to run back and forth between the DMV, the title office, and the state inspection facility, I then needed another couple of days afterwards to recover.

This doesn't strike me as normal. I mean, sure: bureaucracy sucks, and we've all felt our will to live leech out of us as we sit around waiting for the plumber to show up or spend hours driving from strip mall to strip mall on fourteen separate errands. But I feel enervated in a more profound and existential way these days. I love our new house, but just contemplating what still needs to be done wears me out. I've barely been able to make plans for any of the trips I've taken, even though there have been friends in each city that I've wanted to see. I feel behind in everything and eager to do nothing.

Is this middle age? Or am I actually the laziest person alive? (I know I'm not the busiest--most of my friends are working moms, so I'm not even a contender in the work/life sweepstakes.) I keep thinking that I'll recover with another good night's sleep, or after crossing a particularly troublesome task off the to-do list. 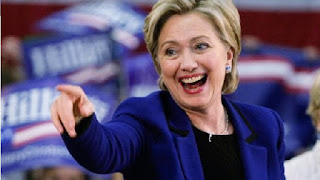 THIS LADY.
Ezra Klein has a terrific piece asking why it's been so hard for us to recognize that Hillary is actually a phenomenal politician--phenomenal because she's not great at retail politics. She's not a spell-binding speech-giver, or especially charismatic, but she keeps winning anyway.

His argument is that she's pursued a characteristically female strategy of working behind the scenes over the long term. Her detractors, he says, are right that she's an insider, with the support of "the establishment," but they're wrong about what this means or how she got that support:

She won the Democratic primary by spending years slowly, assiduously, building relationships with the entire Democratic Party. She relied on a more traditionally female approach to leadership: creating coalitions, finding common ground, and winning over allies. Today, 523 governors and members of Congress have endorsed Clinton; 13 have endorsed Sanders.

This work is a grind--it's not big speeches, it doesn't come with wide applause, and it requires an emotional toughness most human beings can't summon.

But Clinton is arguably better at that than anyone in American politics today. In 2000, she won a Senate seat that meant serving amidst Republicans who had destroyed her health care bill and sought to impeach her husband. And she kept her head down, found common ground, and won them over.

And Clinton isn't just better--she's relentless. After losing to Barack Obama, she rebuilt those relationships, campaigning hard for him in the general, serving as his secretary of state, reaching out to longtime allies who had crushed her campaign by endorsing him over her.

This really sums up what I love about Hillary--not why I support her policies, which I do generally though not unreservedly, but why I have the kind of irrational love that supposedly no one feels for her. She reminds me of every female mentor I've ever had. She reminds me of all the women I know in business and academia and the arts who just keep plugging away, getting shit done, but who are rarely anointed "stars" even if they become partner, make tenure, write a best-selling novel.

And though I would never in a million years compare myself to Clinton--I don't have half, not a quarter of her toughness--I can't help but think that my previous post is partly about gender. I do know women who emerge from college or grad school fully poised and confident and (seemingly) without a doubt about their intellectual or scholarly authority. But I know fewer of them than I know men, and it's characteristically female to believe that one shouldn't yet do something--ask for a promotion, claim expertise--until she is really, REALLY sure that no one will doubt her credentials.

So yeah. I understand why people might not support Clinton. I understand why people might not like her. But I look at her and I see every talented, relentless, over-qualified woman who has, objectively speaking, achieved a lot, and who would never actually complain--but who still isn't considered as smart, promising, likeable as the charismatic male blowhard sitting next to her. Whose books don't get the same kind of reviews, who doesn't get invited onto the talk shows, who somehow (no one knows why!) just doesn't generate the same buzz or excitement.