So, the eventfulness I referred to in my last post has concluded, which means I can now reveal that for many months Cosimo and I have been on the job market with the specific goal of solving our two-body problem. This wasn't something we fretted about much during the fall, but since mid-January, when we learned that we were finalists at two different institutions, it's been hard to focus on anything else. Thus my near-absence from this blog.

The good news is that we emerged victorious: we accepted a very strong offer and will be joining a department of talented teacher-scholars. I'll share more details soon.

But the reality is that whatever happened was going to come with a cost: either outcome was going to require our giving up some cherished friends and colleagues, some beloved spaces and places, and at least one city where we'd spent years trying to put down roots. As sorrows go, I grant that this is a minor one. Who feels sorry for the person who won the lottery? But although there's nothing to dislike about the future that's opening up, I need a few days to be sad about the other futures that won't be happening now.

I'll be back when I'm feeling more celebratory.
Posted by Flavia at 6:40 PM 21 comments:

Apologies for falling off the face of the internet; the last month has been. . . eventful. Eventfulness prevents me from saying more just yet, but in the meanwhile, hey! I'm thirty-fucking-nine years old!

Young Flavia is pretty excited, too. 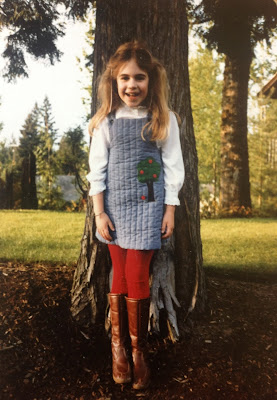 PSA for no one in particular

If you've ever said to yourself, "you know, I like Flavia's blog--what with the snark and the intemperance and the navel-gazing and all--but what I'd really like to see is what she could do with 90,000 words on seventeenth-century religious prose," then you, my extremely unusual friend, are in luck.
Posted by Flavia at 9:24 AM 16 comments:

Email ThisBlogThis!Share to TwitterShare to FacebookShare to Pinterest
Labels: Book One, Getting It Published, Obnoxious Self-Promotion 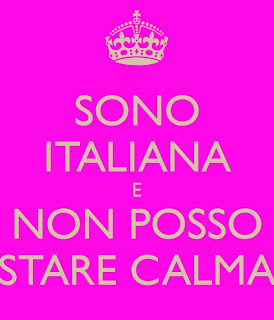 Italy, like Ireland, allows "heritage" dual citizenship for Americans who can prove genealogical descent (and who are willing to assemble a ton of documents and jump through a lot of hoops), and after years of talking about it, my dad finally submitted all the paperwork through the Italian consulate in Los Angeles; eleven months later, the members of my immediate family have dual citizenship (Cosimo will be eligible in October, after we've been married for three years). If I can convince the New York consulate to update my address, I could have an Italian passport as early as next month.

It's a weird thing. I can't decide if it's more James Bond--a lock-box full of passports!--or more suburban-Subaru with a rear-window full of college and country decals. Since I have no plans to move to the EU, in the short-term this basically buys me shorter lines at European customs & immigration and means I wouldn't need a visa if wanted to spend more than 90 days in an EU country (e.g., while on a sabbatical or leading a study abroad program). Given that Italy does not offer birthright citizenship and in fact makes citizenship very hard to obtain for the children of immigrants, I admit I'm a little uncomfortable with the politics of the program; by all means, take whatever advantage you can of Italian-American pride, nostalgia, and tourism dollars--but my Italian "blood" does not make me as Italian as a kid of North African descent whose first language is Italian and who has lived there his entire life.

Still. My discomfort doesn't mean I won't be flashing my passport and speaking with the approximate fluency of a six-year-old at every future opportunity.
Posted by Flavia at 3:27 PM 9 comments: