It seems that I am, again, in a long-distance relationship.

I won't go into the particulars right now, but it's got me thinking about the long-distance relationship as a phenomenon and wondering whether there's a taxonomy that we can hammer out.

The long-distance relationship is, of course, a hazard of academic life. And while I suspect that such relationships are increasingly common among highly-educated and ambitious people in all fields, for those in other professions the long-distance phase seems either to happen earlier (in terms of the partners' ages or the age of their relationship) or is understood to be just that: a phase. Time-limited. Lasting only until the one partner finishes her residency or clerkship or finds a job in the other partner's city; until the kids finish out their school year; until an aging parent recovers from surgery. Now, I've never known an academic who thinks of his or her long-distance relationship as permanent, but it's often indefinite.

The reasons are obvious: grad school delays adulthood in significant ways; the job market plunks one down any old place and expects one to be happy with it; not all college towns--even very appealing college towns--have viable employment options for one's partner. Personally, I'm delighted by my job and my city, and I've made quite a lot of good friends here. Almost without exception, though, my local friends are other academics--and almost all of us have been in long-distance relationships at one point or another since arriving here. In my world, that's normal.

But although I've never regarded long-distance relationships as undoable, it occurs to me that I've long had a calculus for just how doable such relationships are. The breakdown seems to work something like this:


Category One: 2-3 hours apart, door-to-door, by car or public transportation. To me, this hardly counts as long-distance; it may be too far to live together seven days a week, but it's plenty close enough for the partners to spend every weekend together. (In other words? Jackpot!)

Category Two: 3-6 hours apart, door-to-door, whether by car or a single easy flight or train ride (i.e., no transfers or layovers). Both my current and my previous long-distance relationships fall into this category, and in my experience it is--in the words of a grad school classmate and veteran Amtrak warrior--very not bad.

Category Three: More than 6 hours apart, by whatever means of transportation. This category obviously contains relationships of vastly different degrees of difficulty--a New York/San Francisco relationship, between which there are regular nonstop flights, is surely easier than small-town Pennsylvania to small-town Missouri, even though the mileage between the former is much greater than between the latter--and individual tolerance for certain kinds of distance and certain kinds of travel varies. But to me, 6+ hours is the definition of long-distance.

But these categories are based on my experience, and my ability to imagine relationships of significantly greater or lesser distance is limited to that experience; as hard as it may be for me to conceive of starting something up with a dude in Sacramento, I've had friends who have spent years in transcontinental relationships and who haven't seemed significantly more or less happy than my friends only a few hours away from their partners. Maybe it has to do with temperament, or maybe anything is capable of being routinized and made bearable--or at least no more unbearable than any other long-distance relationship.

If you've been in such relationship(s) yourself, how would you expand or emend my taxonomy?

ETA: in response to the awesome comments thread, I've edited the above taxonomy slightly to take time-zone differences into account. The emended version can be found late in the thread.
Posted by Flavia at 11:31 PM 26 comments:

As I was finishing up my SAA seminar paper this weekend, I took a break to surf the internet. Seeing that Evey was on Gmail, I sent her a chat and we IMed for a few minutes until guilt got the better of me.


Me: Okay, dude--gotta get back to my paper.

Me: Yeah. SAA
(Shax Assoc)
They do seminars--submit in advance.

And you know, I'm no drama scholar--but if they'd advertised it that way, I'd have started attending years earlier.
Posted by Flavia at 3:34 PM 14 comments:

Email ThisBlogThis!Share to TwitterShare to FacebookShare to Pinterest
Labels: SAA, The Bard 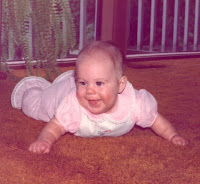 Don't be too eager to ask
What the gods have in mind for us,
What will become of you,
What will become of me,
What you can read in the cards,
Or spell out on the Ouija board.
It's better not to know.
Either Jupiter says
This coming winter is not
After all going to be
The last winter you have,
Or else Jupiter says
This winter that's coming soon,
Eating away the cliffs
Along the Tyrrhenian Sea,
Is going to be the final
Winter of all. Be mindful.
Take good care of your household.
The time that we have is short.
Cut short your hopes for longer.
Now as I say these words,
Time has already fled
Backwards away--
Leuconoë--
Hold on to the day.

How academia changed my life

I've been AWOL from my blog and the blogosphere for several reasons--the primary one being how exhausting I find this semester's teaching schedule, which in no way accommodates the actual rhythms of my actual body.

I know: you're crying me a river. But the past few weeks have also featured lots of morning meetings and job-candidate visits, which have meant that I'm getting up before 8 a.m. for multiple days in a row. Even without those meetings, it's never a great schedule: getting up early every morning sucks, but what sucks even more is whipsawing between getting up at 7.30 and getting up at 10; in the latter case my body never adjusts and I go to bed at 2 every night.

So okay: I'm a night owl, and have been more or less my entire life. But I wonder whether such tendencies don't get stronger to the degree that we let them get stronger. When I worked an office job, I got up at 7 or 8 every day except on the weekends, and though it wasn't my preference, I functioned just fine; even now, on those rare occasions when I'm up early on a day when I'm at home, I can get very good work done in the a.m. But I don't prefer to; I prefer to start working around 3 p.m., break for dinner, and keep working until midnight.

What academia allows me to do--at least as a childless woman who lives alone--is to indulge my circadian preferences, and I imagine that indulging them only makes them feel more stronger and more necessary.

Sometimes I wonder about the other ways academia has changed my habits in ways that amount to a change in personality. I'm convinced, for example, that it's made me more absent-minded: at some point in my second or third year of grad school, I was sitting on my bed, reading, when I became aware of a hissing noise getting louder and louder. I looked in alarm at my radiator: could that be it? That wasn't its normal sound! Then I lept up and went into the bathroom to see if something was wrong with the pipes--but it didn't seem to be coming from there, either. Finally I went into the kitchen, where I discovered that, right! I'd set the teakettle on the burner some 10 minutes earlier. . . and had promptly forgotten about it.

I'd also submit that academia has made me more casual about time. Those who knew me in college will remember that I was obsessively punctual and a fanatic for deadlines. At some point in grad school, though, I got frustrated with the fact that meetings never began on time and no one ever showed up as promised--and, perhaps more relevantly, I learned that my professors preferred a good paper that was two weeks overdue than a timely but uninspired one. These days I still start and end my classes exactly on time--but I make departmental meetings with only a minute or two to spare and I consider most deadlines not as the date by which I should actually have something done, but the time beyond which I should feel progressively more guilty for not having it done.